We’ve been and gone and got married!

Posted on September 15, 2015 by purplepersuasion

I’ve been absent for a while, but with good reason. Tom and I decided some time ago to get married and we chose do it in style! We got married a couple of weeks ago in a group on the stage of the Royal Festival Hall as part the Southbank Centre’s Big Wedding Weekend. It was… amazing. Aside from my children’s births it was easily the happiest day of my life. I won’t say too much more. I’ll let some of our pictures do the talking (some pics look a little weird in shape have been cropped to protect the privacy of family and friends).

Exchanging vows in front of the Registrar 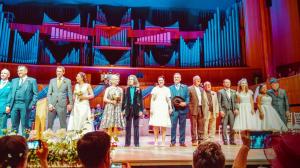 Prosecco in the bar! Start as you mean to go on

The Big Wedding Weekend was part of the Southbank Centre’s Festival of Love, here celebrated with neon lights 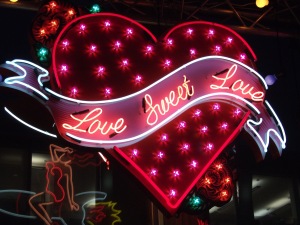 And this about sums the whole thing up…!

40 something service user, activist, writer and mother living with bipolar disorder. Proud winner of the Mark Hanson Prize for Digital Media at the Mind Media Awards #VMGMindAwards
View all posts by purplepersuasion →
This entry was posted in Uncategorized and tagged Bipolar, Wedding. Bookmark the permalink.

13 Responses to We’ve been and gone and got married!